The population of Laos is 6.8 million people in 2016 with an annual growth rate of around 2%.

The Lao population density is among the least in Southeast Asia.  Like most countries, the most densely populated area is the capital. 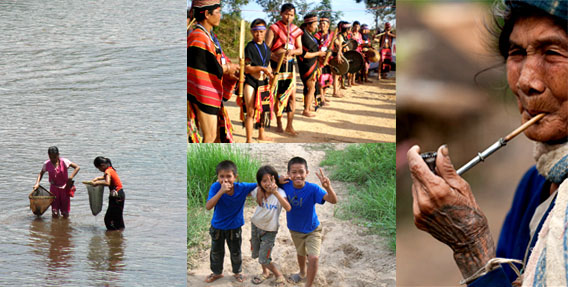 Among the least densely populated provinces are Xaysomboun, Sekong, Attapeu and Phongsaly.

Savannakhet province has the largest population, but is not the most densely populated because the province is large.

The Laos population is dispersed unevenly through out the country. More than half of the country’s population lives in the tropical lowland and floodplain along the Mekong River and its tributaries, including the plains of Vientiane, Borikhamxay, Khammouan, Savannakhet, Champasack, Saravane, and Attapeu Provinces.

A little over one third of the country’s population lives in urban areas, the rest  lives in rural areas relying on farming, fishing and natural resources.

The Laos population census 2005 showed that there were more females than males with a ratio of 99.3 males per 100 females.

Around 67% of the country’s population are Buddhist, other religions including animism accounted for about 30.9 %, 1.5% are Christians and less than 1% are Muslims and Bahai.

Laos is a country with ethnic diversity. 49 different ethnic groups were declared as a result of ethnic group reclassification in 2005. The majority of the Laos population is Lao which accounts for 55% of the whole population. 11% are Khmou, 8 % Hmong, and the rest are other ethnic groups including Akha, Singsil, Lue, Lamed, Tai, Katu, Triang and Harak, Oy and Brao (Laos population census 2005, National Statistics Centre).

A little over 75% of the whole population of Laos has access to primary health care (urban 98%, rural 71%).

Maternal mortality rates are dramatically high in rural and remote areas where women tend to deliver at home and benefit from neither pre nor post natal care. 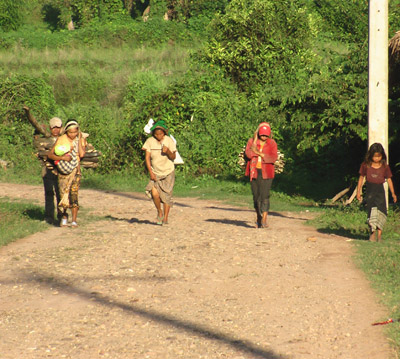 The country’s geography plays a significant role in defining access to health facilities. In rural areas, in particular, people are forced to walk long distances to seek medical help and health care services.

79.9% of the Laos population (adult) can read and write (UN Human Development Report 2016). Overall, there are more illiterate women than men. Causes of female illiteracy vary across provinces and among the different ethnic groups, but poverty, distance, costs, and traditional beliefs tend to be the main factors. Other factors include the burden of household chores, early marriage or pregnancy.

There are gaps in terms of education between boys and girls, rich and poor, urban and rural areas. Within urban areas, the gaps are narrower while the rural areas record some of the lowest educational indicators in the country, and the gaps continue to widen.