Planning a trip to Laos? Have burning questions about weather in Laos?

When is the best time to visit? 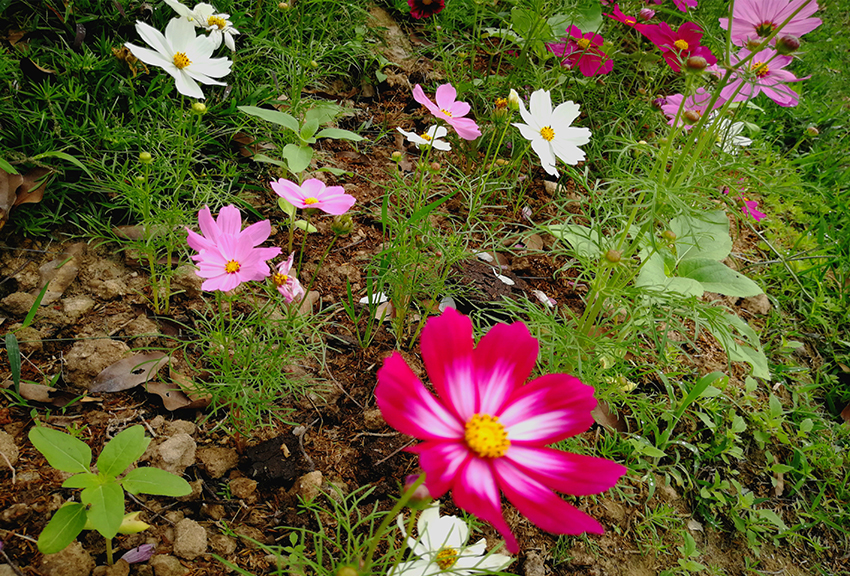 When is the coldest/warmest season? and how cold/warm can it be?

What type of clothes are suitable to bring?

These are the kind of questions I got asked.

Read on to learn about the weather in Laos.

The Laos climate is mainly tropical, with a seasonal monsoon and this means the weather is warm, humid and there is a lot of rain in the wet season.

The average temperature is around 29°C (84°F). During the warmest months the temperature can rise to 40°C (100°F+). In cooler months the temperature often drops to 15-20°C (58-68°F) at night in lower land like Vientiane and it can drop to below freezing in the mountainous areas. Days are usually warm and sunny almost all year round. Here is the weather forecast I often refer to.

There are two main seasons in Laos.  The below will give you a general idea of the kind of weather for each season in Laos.

Runs from May to October, is characterized by a downpour for a few hours every few days rather than all day rain.

During the wet/rainy season the humidity is much higher than normal that tends to make the temperature to feel much higher than it is and it can be uncomfortable to travel around. However, this usually lasts for just a few days because when the humidity and temperature are at their peaks it is usually followed by a downpour. After heavy rain you'll appreciate cooler, fresher and cleaner air, beautiful clear blue sky and sometimes a colorful rainbow after an afternoon rain. 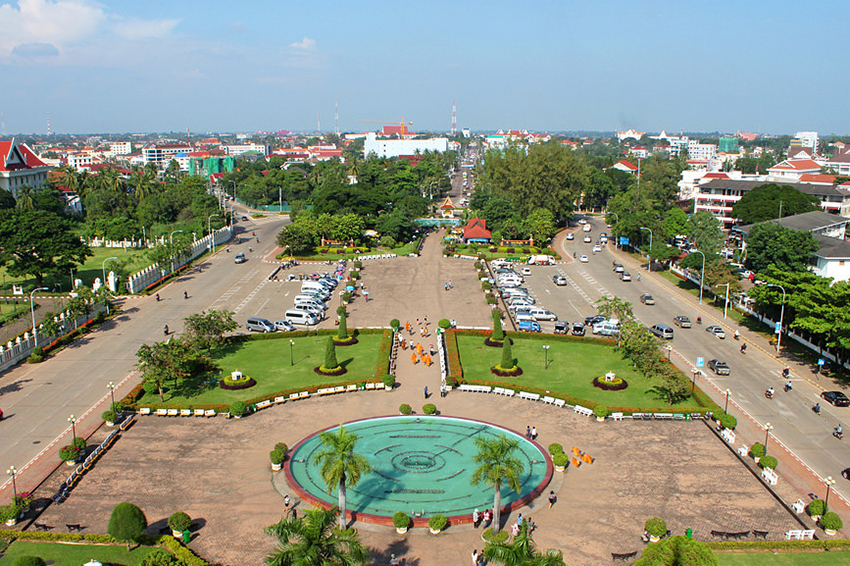 View of Vientiane from top of Patuxai on a sunny, clear blue sky day

The former is the most comfortable time to visit Laos particularly in November and December, the rivers are high enough to make river travel a breeze. However it's more expensive to travel in Laos during this period as it is the peak season.

While the time around April might not be as comfortable a period to travel in Laos as far as the weather in Laos is concerned, it might be more interesting for visitors who want to observe Lao culture because it is a festival season. 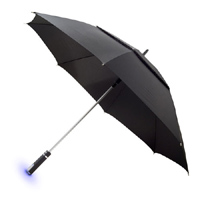 Lao New Year, is one of the country’s most significant festivals and takes place in the fifth lunar month which is around mid-April every year. This is a three-day holiday, when Lao people go out to celebrate. Towns and villages all around the country are lively and colorful with streets full of people splashing water on each other and there are big parades in the town of Luang Prabang. And another fun festival is the rocket festival that takes place in the sixth lunar month (around early May) and is a truly local event.

What type of clothes are good for weather in Laos?

What you should pack depends on what time of year you plan to visit Laos.

If you plan to visit during the hot dry season, light cotton clothes are recommended (shorts and sleeveless tops are OK, but remember to include some shirts with sleeves and long pants if you plan to visit temples). You might want to bring a few extra clothes if you come during the Lao New Year period as it might be wet everywhere thus you might need to change more often.

If you travel to Laos during cool dry season (November - February), thicker clothes are recommended. It’s a good idea to bring a light jacket or a fleece and some jeans and trainers as it can be quite chilly in the mornings, particularly in the northern provinces. It is also often pretty cold if you are travelling by boat, tuk-tuk or sangtaew.

A raincoat or an umbrella will be needed in the rainy season and many people use an umbrella as a sunshade in the hot season.

There are laundries everywhere in Laos and it costs a couple of dollars per kilogram at most to have your clothes washed and a bit more to have them ironed.

While most type of shoes are OK for the Laos climate, I’d personally recommend sandals, especially when you visit Laos during hot season and/or you plan to visit temples. You will need to take your shoes off when entering temples and often in people’s houses.

Footwear is cheap in Laos and you should be able to pick up some suitable shoes for Laos weather or some cheap sandals if you don't already own a suitable pair.

Bottom line, the weather in Laos is generally not extreme, so as long as you come prepared in the very hot or very rainy months, and know what to expect, you'll enjoy Lao weather!