The official history of Laos is conventionally traced to the establishment of the kingdom of Lan Xang by King Fa Ngum in 1353. However the earlier inhabitant of the land by peoples such as the Mon kingdom of Dvaravati and Proto-Khmer peoples was given a great deal of emphasis in the histories of Laos written during the French colonial period. 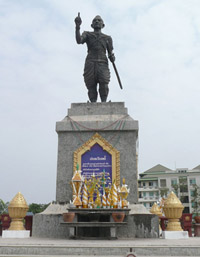 It is generally assumed that, as late as the 16th century, King Photisarath helped establish Theravada Buddhism as the predominant religion of the country.

In the 17th century Lan Xang entered a period of decline and the late 18th century Siam (now Thailand) established control over much of what is now Laos.

The region was divided into three dependent states centered on Luang Prabang in the north, Vientiane in the center, and Champasak in the south. The Vientiane Lao rebelled in 1828 but were defeated, and the area was incorporated into Siam. Following its occupation of Vietnam, France absorbed Laos into French Indochina via treaties with Siam in 1893 and 1904.

A second Geneva conference, held in 1961-62, provided for the independence and neutrality of Laos, but the agreement was subverted by both the United States and North Vietnam and the war soon resumed. The government and army of Laos were generally neutral during the conflict. For nearly a decade, eastern Laos was subjected to the heaviest bombing in the history of warfare, as the US sought to destroy the Ho Chi Minh Trail that passed through Laos. 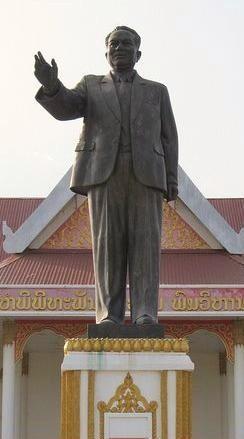 After the fall of South Vietnam to communist forces in April 1975, the Pathet Lao, with the backing of North Vietnam, were able to take total power with little resistance. On December 2, 1975, the king was forced to abdicate his throne and the Lao People's Democratic Republic was established.

The new communist government was led by Kaysone Phomvihane.

Kaysone died in November 1992, and was succeeded as President by Nuhak Phumsavan and as party leader by Khamtay Siphandone, who thus emerged as the effective ruler of the country. In 1998 Nuhak retired and Khamtay succeeded him as President, a post he continued to hold until 2006, at 81. General Sisavath Keobounphanh became Prime Minister in 1998, and was succeeded in 2001 by Boungnang Vorachith.

Since the reforms of the 1980s, Laos has achieved sustained growth, averaging six percent a year since 1988, except during the Asian financial crisis of 1997. Recently Laos has normalised its trade relations with the US and the European Union has provided funds to enable Laos to meet membership requirements for the World Trade Organisation.

The communist party retains a monopoly of political power, but leaves the operation of the economy to market forces, and does not interfere in the daily lives of the Lao people provided they do not challenge its rule. The media is state controlled, but most Lao have free access to Thai radio and television and Internet access is available in most towns. Lao people are also fairly free to travel.

In March 2006 Khamtay stood down as Party leader and President, and was succeeded in both posts by Choummaly Sayasone, the current Prime Minister is Mr Thongsing Thammavong.