Historically, the Hmong New Year celebration was created to give thanks to ancestors and spirits as well as to welcome in a new beginning. 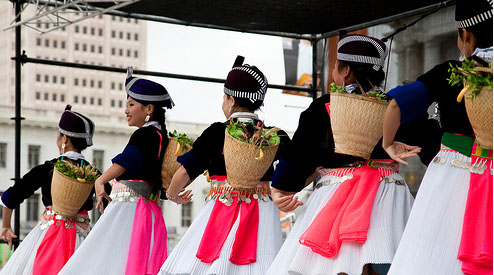 During the Hmong New Year celebration, the Hmong ball tossing game Pov Pob is a common activity for adolescents. Boys and girls form two separate lines in pairs that are directly facing one another. Girls can ball toss with other girls or boys, but boys cannot ball toss with other boys. It is also taboo to toss the ball to someone of the same clan. The pairs toss a cloth ball back and forth, until one member drops the ball. If a player drops or misses the ball, an ornament or item is given to the opposite player in the pair. Ornaments are recovered by singing love songs to the opposite player.

The Hmong New Year celebration—specifically based on both religious and cultural beliefs—is an "in-house" ritual that takes place annually in every Hmong household. The celebration is to acknowledge the completion of the rice-harvesting season—thus, the beginning of a new year—so that a new life can begin as the cycle of life continues. During this celebration, every "wandering" soul of every family member is called back to unite with the family again and the young will honor the old or the in-laws—a ritual of asking for blessings from elders of the house and clan as well as the in-laws of other clans. 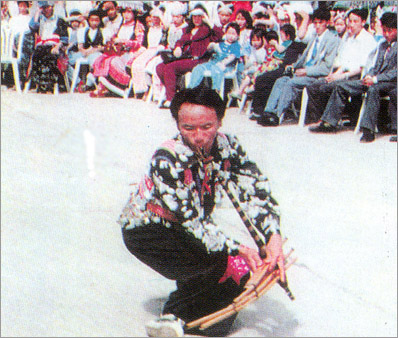 Also, during the Hmong New Year celebration, house spirits as well as the spirit of wealth are honored. In addition, if a shaman is in the house, the healing spirits of She-Yee are also honoured and released to wander the land until they are called back right after new year. Hmong New Year lasts only for three days—with 10 dishes of food each day, for a total of 30 dishes—thus the Hmong saying "eat 30."